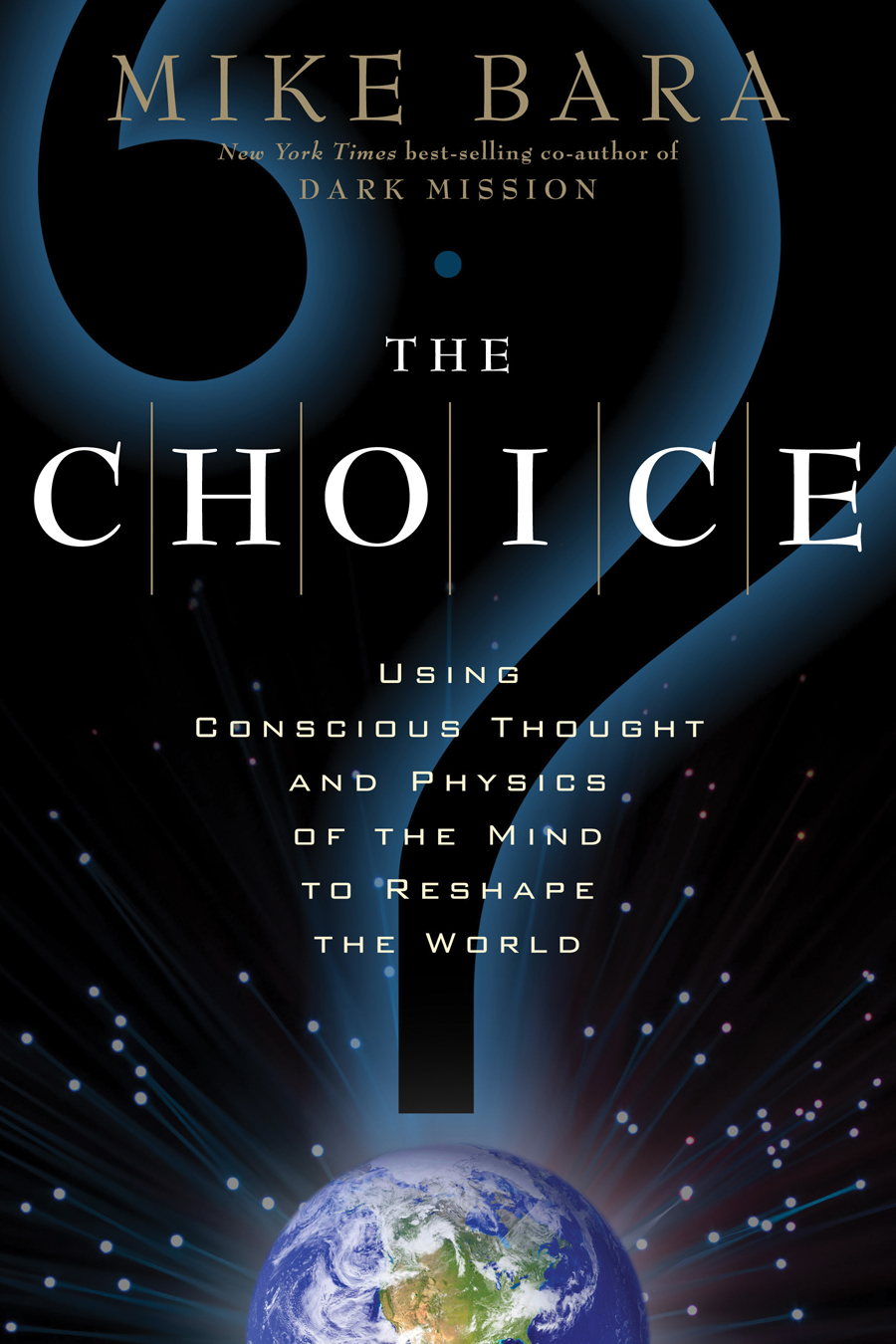 In my second book The Choice, I discussed the theory of Hyperdimensional Physics and how it predicted that there was at least one (massive) planet (or two or more smaller planets) at great distances from the Earth that were as yet undiscovered. This prediction was based on the observation that there is a direct correlation between a systems' total angular momentum (spin energy) and its  total luminosity (brightness in all ranges of the electromagnetic spectrum). This prediction was found to be correct for all of the major planets (and their moons) in the solar system, but not for the Sun itself. 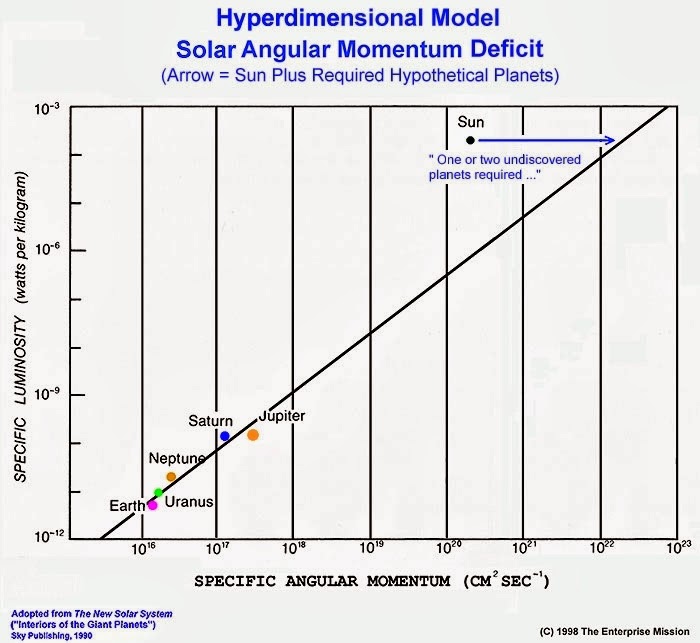 This spin energy deficit could be explained by the presence of these as yet undiscovered planets at the far reaches of the solar system. If they contained the extra angular momentum that was driving the Sun, then the prediction would be fulfilled and the model confirmed. If not, it could be plausibly though not decisively falsified.
The prediction seemed to take a blow last month when an initial study of data returned by NASA's Wide-Field Infrared Survey Explorer (WISE) instrument indicated no large planets or small stars in the nether regions of the solar system. However, a 2nd study found objects the first did not, and vice-versa, so there were still questions about the completeness of the data. And of course there are always questions about the integrity of the data that NASA releases. But still, NASA declared the idea of "Planet X" or "Nemesis" all but dead based on the WISE survey.
The scientists were very clear in their declarations that the Planet X debate is far from closed. "Some of these inner Oort Cloud objects could rival the size of Mars or even Earth," Dr. Scott Sheppard of the Carnegie Institution for Science said in a statement. "This is because many of the inner Oort Cloud objects are so distant that even very large ones would be too faint to detect with current technology. If you took a Super Earth and put it a few hundred astronomical units out, the gravity could shepherd Sedna and this new object into the orbits they have," said Sheppard.
At a minimum, the object would be the size of a "Super Earth," a massive rocky terrestrial world larger and more massive than Earth, but Sheppard also emphasized that the planet could be even larger and more massive than that.
So, it would seem that Planet X lives after all...
Posted by Mike Bara at 2:06 PM No comments:

Europa and the Hoagland Eccentricity

Since there are a bunch of Europa articles springing up in recent days, I thought I'd repost this just for historical clarification:

Ever since the announcement last summer that there might have been life in the past on Mars, the extraterrestrial-life bandwagon has been full speed ahead. Speculation abounds but a recent case illustrates that there are limits: speculation still has to look and sound like science.


At the annual meeting of the American Association for the Advancement of Science a couple of weeks ago, scientists discussed the possibility that life might have - and might still exist on Jupiter's moon Europa.


Europa is by any measure a bizarre solar system object. Its surface appears to be a huge badly flooded skating rink at the end of a busy weekend, a vast globe of ice criss-crossed everywhere by cracks. There are very few craters, suggesting that those that once existed (almost everything in the solar system is thought to have been bombarded early on) have been smoothed out by an ever-changing surface.


Support for this idea comes from recent photos by the Galileo spacecraft showing what look like knew ice floes covering over old cracks. Also some of the cracks seem wider and darker than others.


This visual evidence, together with theoretical estimates of the heat-generating tidal pull on Europa by nearby Jupiter have prompted speculation that under that crust of ice (possibly very far under) there is a vast singular ocean of liquid water.


The dark cracks might be Europa's counterpart of shifting ice pans in the dark Arctic, which sometimes break apart to reveal narrow channels of darker water between.


At the AAAS meeting, scientists were building on the idea of the moon-girdling ocean to suggest that undersea volcanoes on Europa, powered by Jovian tidal forces, once (or still) spewed forth organic matter into this ocean, just as happens at the hot vents under our oceans.


On Earth, these upwellings contain micro-organisms. On Europa, who knows? Maybe this unlikely moon is a reservoir of undersea life.


Or then again, maybe it isn't. The Europa discussion at the AAAS was partially prompted by yet another close approach that might confirm or deny some of these ideas.


But there is a more interesting background to the idea. Speculation about Europa is by no means new. In late 1979, a science writer in the United States named Richard Hoagland first broached the idea that there might be life under the ice there. The images that sparked his imagination had arrived at Earth from the Voyager spacecraft, the one that gave us our first views of Jupiter, Saturn and their moons.


Hoagland put his ideas on paper in a verbose article in a magazine called Star and Sky in 1980. It's intriguing to read the article now, partly because he so clearly anticipates the thinking today and partly because no one today seems to be acknowledging his priority.


Some of the details are dated (Hoagland leans heavily on electricity in the early Europan atmosphere to generate the life-forming organic molecules, while today, as I mentioned above, scientists rely on undersea volcanoes). But in most respects the two arguments are absolutely consistent.


So where is Hoagland today and why aren't the Europa theorists talking about him. Is it perhaps because in the intervening years he took on a much more notorious cause, the face on Mars? Yes, it is the same Richard who is the prime mover behind the idea that a Viking spacecraft photo of a flat-topped mesa on the surface of Mars is a huge carved face.


Where Hoagland sees physiognomy, scientists see a chance juxtaposition of geology and shadow. But that hasn't stopped him. Last time I checked, he'd identified a complex of temples and pyramids nearby.


So when it comes to Europa, why don't we hear about Richard Hoagland? I think it's because it's perfectly okay to speculate about extraterrestrial life; it's even okay to dream about it swimming under the Europan ice; but it's just not respectable to think about somebody carving a big face on Mars.


Jay Ingram hosts the tv program '@discovery.ca' on the Discovery Channel in Canada.

My 1 hour interview with George Noory on Gaiam TV's "Beyond Belief" is now available online! A free 10-trial membership is required to view the video. 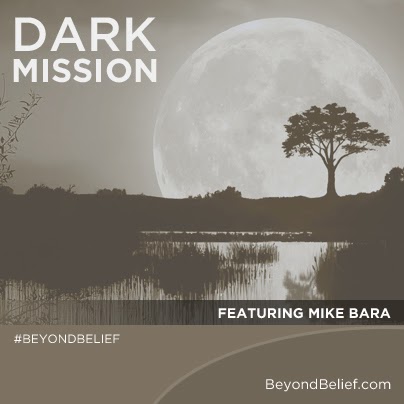 Here is a direct link to the interview: http://www.gaiamtv.com/video/dark-mission-mike-bara?chan=Noory&utm_source=MikeBara﻿