Is Comet Ison a Spaceship? Who am I to Say No? 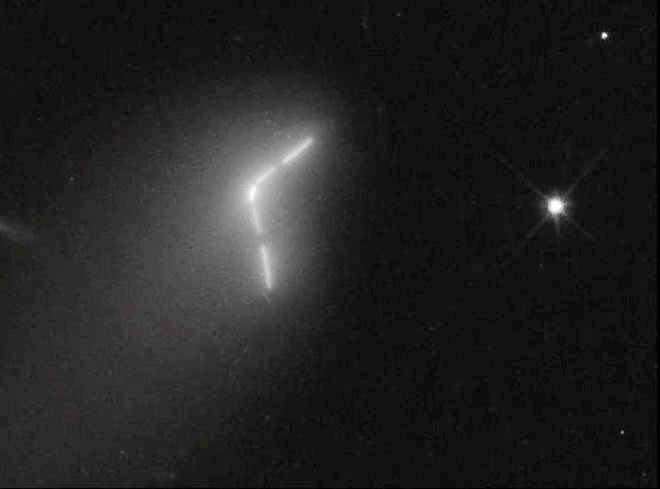 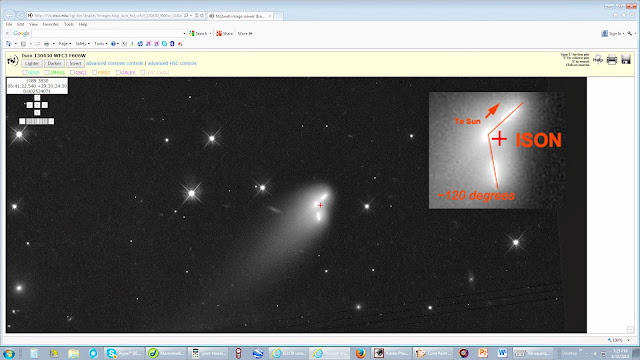 A couple days ago I saw some YouTube videos claiming that the "Comet of the Century," comet Ison, was a "spaceship." The evidence presented a Hubble telescope image of the head of the comet that when darkened, showed that the nucleus seemed to be made up of 3 precisely spaced and geometrically arranged light bars.

Normally, I'd put something like this into the same category as videos of Nibiru supposedly setting next to the Sun, but something about it bugged me. It reminded me a bit of an X-shaped asteroid that Hubble captured a couple years ago that looked eerily like an image of the Silver Surfer from the 2nd Fantastic Four movie.

﻿
Now, according to Dr. Tom van Flandern's Exploded Planet Hypothesis (EPH), most if not all comets should have multiple bodies in their nucleus, because they are remnants of a couple of planets that exploded in the solar system eons ago. So one possibility that crossed my mind immediately was that the images were actually 3 separate bodies, smeared by the motion of the comet into looking like they were part of a single craft. But several points about this don't add up: 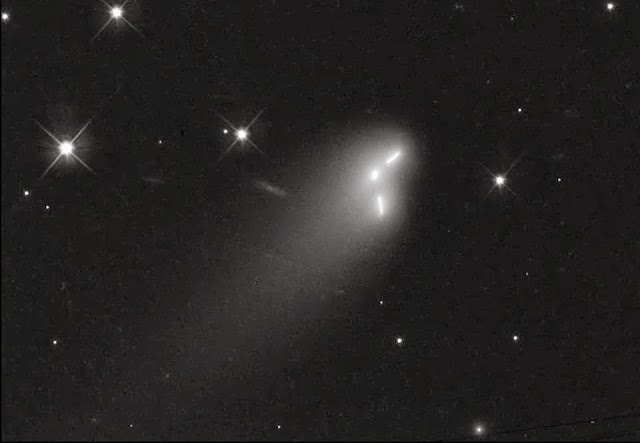 First, if the light bar effect was caused by image smear, as I'm sure will be the eventual explanation emanating from NASA, how could it smear in 2 different directions, exactly 120 degrees from each other? And how come the bars are so sharp and clear?

So I finally decided to see for myself. I went to the Hubble page in question, zoomed out a couple of times until I found the comet, and then hit the "darken" button a few times. What do you know? Thar she blows!

Try it for yourself. Just follow the link below, zoom out a bit and then darken. Then freak out a little bit.

So is it a spaceship? I have no idea. But I've certainly never seen anything like it. So who am I to say no?

UPDATE: Here's a video that purports to explain the image: https://www.youtube.com/watch?v=jbLe6kEd6mE


But how come no other comet photographed by Hubble ever looked like this? Maybe it did...
Posted by Mike Bara at 10:13 AM