Excerpt From The Choice - Why Today's Venus Transit is Important 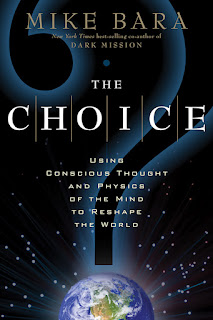 Today's Venus transit will take place around 6 p.m. EDT (2200 GMT/3PM Pacific) and end at roughly 12:50 a.m. EDT (0450 GMT/9:50PM Pacific). This will be a significant event in tersm of how it affects our consciousness, as I wrote about and discussed in my book The Choice. To explain it's importance and the place this once in a lifetime event in it's proper context, I've snatched an exerpt from the book.


As we learned in Chapter 8, the Mayan’s were fascinated with Venus and more specifically, with its infrequent transits across the disk of the Sun. In astronomical jargon, a “transit” is essentially a mini-eclipse in which a planet or other body passes between the Earth and the Sun. Transits of Venus are very rare. In fact, before 2004 there had been only six Venus transit cycles since the invention of the telescope; 1631, 1639, 1761, 1769, 1874 and 1882. Because of the oddities of Venus’ orbit, pairs of transits eight years apart are separated by long gaps of 121.5 years and 105.5 years. In other words, Venus passes in front of the Sun on two occasions, eight years apart, separated by 121.5 years and then 105.5 years. Or, there are four Venus transits every 243 years. The last such transit was a spectacular display recorded on June 8th, 2004 by telescopes and cameras all over the world. The next transit of Venus occurs on June 5-6, 2012, just a few days after a solar eclipse (the May 20th annular eclipse at Mt. Shasta) and obviously in the same year that the Mayan Long Count ends. Now, given the Mayan proclivity for tracking the motions of Venus in the Dresden Codex and the fact that the codex refers to the start of the current Long Count cycle as the “birth of Venus,” it seems just a little improbable to me that the Long Count calendar cycle ends in the same year as such a rare astronomical event. Just as John Major Jenkins and others argue that the Mayan’s must have known that the Long Count ended on the 2012 Winter solstice, so must they have known it ended in the same year as a Venus transit. They were just too smart to have missed it.
Clearly, the Maya considered the Venus transits to be important, but the obvious question is why. In looking back over the many historical Venus transits, they always seem to occur in periods of great change and social upheaval. A pair of Venus transits occurred in 1518 and 1526, the very period where Hernan Cortez landed in Mexico and conquered the ancient Aztecs. Because of the circumstances, the Aztecs had been expecting the feathered serpent god Kukulkan to return and basically laid down for Cortez, thinking that’s who he was. The next transits were in 1631 and 1639, and were followed by a near complete suspension of the sunspot cycle. This lasted for about 70 years and coincided with the “little ice age” which occurred between 1645 and 1720. The next transit pair occurred in 1761 and 1769, which coincided with the early events of the American Revolution.  The period between the 1874 and1882 transits saw the rise of the early New Age movements and fevered interest in all sorts of occult societies, including the Theosophical Society and Order of the Temple of the Rosy Cross. What this implies is that just as I alluded to in chapter two, there might actually be an underlying physical affect here on Earth that is driving these behavior cycles.
If we look at the 1631 and 1639 transits, it was after that cycle that the Sun seemed to go dormant. In the transits in the late 1700’s and in the 1874-1882 transit periods, we see instead a change in human thought processes. Perhaps there is a pattern of conscious change in between the transits and physical change after the transits. If that is the case, then we should be in the midst of such an energetic shift right now.
According to some Mayan scholars, Venus represents the so-called “divine feminine,” an astrological concept that argues that the female energy of love, nurturing and compassion will replace the more male characteristics associated with conflict and national identity. They see the Venus transit of 2012 as a marker that closes the loop between the birth of Venus – the beginning of the current Long Count cycle, and coming of the new female energy of the New Age. Venus has always been associated with such Goddess energy as well as love, beauty, art, and the heart. I do find it interesting that there seems to be a shift in our thinking in the years since the 2004 transit. More and more Americans have tired of the overseas wars, and the economic instability is being driven by an underlying lack of faith in our current monetary system. Suspicion of the motives and honesty of those in government is at an all-time high. Certainly, like the 1761-1769 Venus transit cycle which pre-dated the American Revolution, change seems to be in the air. A growing number of Americans are questioning the very basic tenants of our society in a way that they have not done since at least the Great Depression, if not the Revolution itself. Does this mean that Calleman, Jenkins and the other Mayan scholars who argue that the Codex and the Calendar are just a road map of human consciousness are correct? We’ll get to that question later, but more worrisome to me is the possibility that the Venus transits of 1631 and 1639 somehow affected the Sun’s energy output.
If, as the argument goes, the end of the calendar cycle is somehow linked to solar output, what would be the physical mechanism? Again, could it have something to do with the transit of Venus as opposed to the influence of Jupiter and Saturn, as some scientific papers have argued? We already know from the “Allais Effect” that eclipses cause subtle vibrations through the hyper-dimensional Aether which can be measured by our instruments, like Allais’ pendulums. With this in mind, my co-author on Dark Mission, Richard C. Hoagland, conducted a series of experiments in 2004 and in 2006. What he hoped to do was establish once and for all that planetary alignments, like Allais’ solar eclipses over France and the coming 2012 Venus transit, can and do create a “tremor in the force,” a measureable physical torsion effect which can change our thinking, and perhaps our planet.
-- Mike Bara
Posted by Mike Bara at 8:00 AM No comments: