A new episode of my new reality show "Uncovering Aliens" will be shown in prime time on Wednesday, January 22nd, 2014 on the Science Channel. The episode, entitled "Alien Invasion" will air at 10PM right after a repeat of the "Abductions & bright Lights" episode. That's 2 solid hours of Uncovering Aliens on Wednesday night! Don't miss it!

As always, check your local listings for times in your area.
Posted by Mike Bara at 12:20 PM 1 comment: 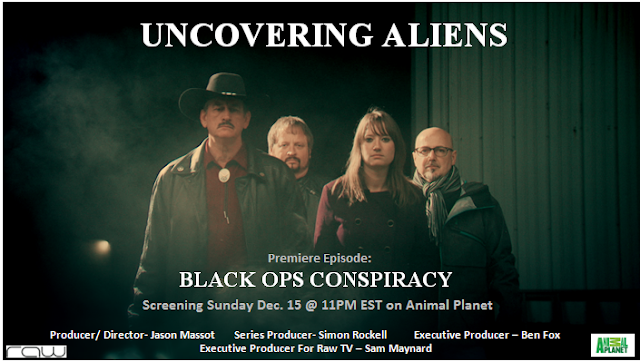 2 new episodes of my new reality show "Uncovering Aliens" will air during a 6-hour Uncovering Aliens marathon this Wednesday night, January 15th, in prime time on the Discovery Science channel. The marathon will start at 8PM with the new episode "Abductions & Bright Lights," followed by another all new episode "Alien Harvesting" at 9PM. At 10, the pilot episode "Black Ops Conspiracy" will re-air. It has previously aired 4 times on the Animal Planet network.

At 11PM, the cycle will repeat and all three episodes will re-air in the same sequence from 11PM until 2AM. Since some cable and satellite providers carry the East coast feed of the Discovery Science channel, this 6-hour marathon will guarantee that the episodes will be seen in prime time in both the Eastern and Pacific time zones. Check your local cable or satellite provider for show times in your area.

The schedule for Discovery Science channel can be found here. 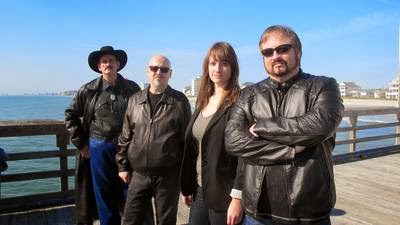