In the next section, Stuart then goes on to get even more things wrong:


"So yeah, back to pendulums with a really really wonky idea of solar system / planetary formation, including the completely fallacious idea that the asteroid belt was once a planet and Mars was somehow its moon (“Mars itself which was absolutely devastated by … Planet V, the signatures are all over Mars” (18:20)). I actually do plan to go into the whole “exploding planet ‘hypothesis’” in some future blog post and likely in some future podcast episode, as well. For now, I hope that most people recognize that this is very hard to make happen by any known process, and the onus is on Mike Bara to really provide VERY convincing theory and evidence for why it’s the case. Yeah, I’m punting, but this is a LONG post." 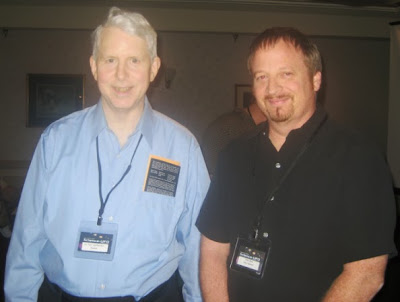 First of all, the Exploded Planet Hypothesis is not my idea, but the idea of the late Dr. Tom Van Flandern, as I have discussed in many forums and even in Part 1 of this post. Stuart (Ph. D. Costco)can claim that the idea of the asteroid belt being the remnant of an exploded planet is "completely fallacious" all he wants, but that's just his completely uninformed opinion, and he cites no data to back it up.  Dr. Van Flandern (Ph.D., astronomy, Yale) lays out dozens of reasons why it is anything but "completely fallacious" in his excellent book Dark Matter, Missing Planets and New Comets: Paradoxes Resolved, Origins Illuminated.

Second, Stuart is so dumb he can't even get the simplest facts straight. Nowhere in The Choice or anywhere else for that matter have I EVER claimed that "the asteroid belt was once a planet and Mars was somehow its moon." The planet that Mars orbited was in an orbit very near where Mars is today, and the planet that created the asteroid belt was in an orbit that was -- wait for it -- WHERE THE ASTEROID BELT IS TODAY! For reference purposes, Dr. Van Flandern has called these 2 planets "Planet V" and "Planet K," while I refer to them as Maldek and Phaeton, respectively. So it's no wonder Stuart can't get his head around these concepts or out of whatever orifice he's got it in. He doesn't even listen, much less read, before he shoots his mouth off about things he knows nothing about.

Stuart then demands that I provide "proof" that planets can explode: "the onus is on Mike Bara to really provide VERY convincing theory and evidence for why it’s the case."

Again Stuart, the evidence is cited in my book The Choice, but since you are criticizing it without having read it and making yourself look like a buffoon in the process, I'll help you out. Dr. Van Flandern, in his book, provides the theory and evidence behind the idea. He also cites the evidence on his web site here. For our readers, I'll reprint Van Flandern's summaries:

"The earliest and simplest theoretical mechanism is that of Ramsey [W.H. Ramsey (1950), “On the instability of small planetary cores (I)”, Mon.Not.Roy.Astr.Soc. 110, 325-338], who noted that planets must evolve through a wide range of pressures and temperatures. This is true whether they are born cold and heat up under gravitational accretion, or born hot and cool down by radiation of heat into space. During the course of this evolution, temperatures and pressures in the cores must occasionally reach a critical point, at which a phase change (like water to ice) occurs. This will be accompanied by a volume discontinuity, which must then cause an Earth-sized or smaller planet to implode or explode, depending on whether the volume decreases or increases.

The second explosion mechanism, natural fission reactors, is currently generating some excitement in the field of geology. [(1998), EOS 79 (9/22), 451 & 456. See also <http://www.ans.org/pi/np/oklo/]    A uranium mine at Oklo in the Republic of Gabon is deficient in U-235 and is accompanied by fission-produced isotopes of Nd and Sm, apparently caused by self-sustaining nuclear chain reactions about 1.8 Gyr ago. Later, other natural fission chain reactors were discovered in the region. Today, uranium ore does not have this capability because the proportion of U-235 in natural uranium is too low. But 1.8 Gyr ago, the proportion was more than four times greater, allowing the self-sustaining neutron chain reactions. Additionally, these areas also functioned as fast neutron breeder reactors, producing additional fissile material in the form of plutonium and other trans-uranic elements. Breeding fissile material results in possible reactor operation continuing long after the U-235 proportion in natural uranium would have become too low to sustain neutron chain reactions. This proves the existence of an energy source in nature able to produce more than an order of magnitude more energy than radioactive decay alone. Excess planetary heat radiation is said to be gravitational in origin because all other proposed energy sources (e.g., radioactivity, accretion, and thermonuclear fusion) fall short by at least two orders of magnitude. But these natural reactors may be able to supply the needed energy. Indeed, nuclear fission chain reactions may provide the ignition temperature to set off thermonuclear reactions in stars (analogous to ignition of thermonuclear bombs).

The third planetary explosion mechanism relies on one other hypothesis not yet widely accepted, but holds out the potential for an indefinitely large reservoir of energy for exploding even massive planets and stars. If gravitational fields are continually regenerated, as in LeSage particle models of gravity [T. Van Flandern (1996), “Possible new properties of gravity”, Astrophys.&SpaceSci. 244, 249-261], then all masses are continually absorbing energy from this universal flux. Normally, bodies would reach a thermodynamic equilibrium, where at they radiate as much heat away as they continually absorb from the graviton flux. But something could block this heat flow and disrupt the equilibrium. For example, changes of state in a planet’s core might set up an insulating layer. In that case, heat would continue to be accumulated from graviton impacts, but could not freely radiate away. This is obviously an unstable situation. The energy excess in the interior of such a planet would build indefinitely until either the insulating layer was breached or the planet blew itself apart.

So that makes three (3) planetary explosion mechanisms, all of which are published in Stuart's precious peer-reviewed journals. Maybe if he had actually looked them up he wouldn't keep embarrassing himself.

So now, Stuart, the onus is on you. I'll wait with baited breath for you to address it. But please try to get the actual theory right before you open you mouth or put finger to keyboard, OK?

On second thought, don't. It's more fun for me this way...

In the next section, Stuart rambles about Dark Matter, Lloyd Pye and then tells me "Bara needs to provide evidence at least as convincing as the conventional explanation for his ideas to be even considered."

Well first off Stuwie, I have. In my book, The Choice. Second, I couldn't care less about whether clowns like you who can't even get basic facts right, find 2 kilometer wide structures on MRO images or depend on Wikipedia for their research "consider" my ideas. You are simply not important enough for me to care about, and even if you were, your non-stop comedy of errors on your blog  pretty much puts you out of the conversation in any event. I don't want your consideration. You are a joke.

But like all big disasters, Stuart saves the best for last...