No Virgina, It's Not an Alien Base on the Moon...

Over the past few weeks I've come across the image above numerous times with the caption "Alien Base Discovered on the Moon!" or something similar attached to it. This has amused me a great deal, because it is NOT a picture of an alien base on the Moon -- it's a screen capture from a 1956 Disney TV film called "Man and the Moon." How do I know this? Well, for starters, it usually has the Disney Channel watermark in the lower right-hand corner, and  beyond that, I know for one simple reason: It's my screen capture.

Originally published in a piece I wrote for Richard Hoagland's Enterprise Mission web site called "Tetrahedrons, Faces on Mars, Exploding Planets, Hyperdimensional Physics -- and Tom Corbett, Space Cadet?!", it was captured with a crude device called a "Snappy" back in 2000, when the story was first published. 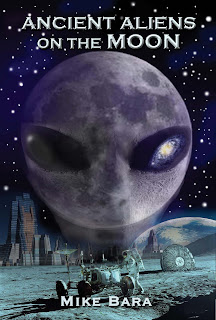 Now, don't get me wrong. There are gobs of alien bases on the Moon, many of which I document in my recent book Ancient Aliens on the Moon, but this is isn't one of them.﻿
﻿
Posted by Mike Bara at 8:22 AM